Why I Now Make Torte Not Scones (And a Recipe!)
by Julie Coulter Bellon

The kitchen fire in the second chapter of my book,Â Ashes Ashes, is actually based on a real event in my life.Â  I was seven months pregnant with my first child and my husband had been called in to work.

It was late and I knew heâ€™d probably be hungry when he got home so I decided to make scones for himÂ¾one of his favorite snacks to eat with honey butter.

We were newlyweds, in a tiny apartment, and as I put the oil on to heat, I sat down on the couch that was about three feet away.Â  Everything seemed to make me tired in those days, and I was just going to get off my feet for a second.

In what seemed like less than a minute, I heard a popping sound and I looked over to see flames coming from the frying pan, large enough to touch the microwave that was over the stove.

I panicked and tried to remember what to do for a grease fire.Â  First, I tried to put the lid on, but the flames were too high.Â  I got out the flour, but then I thought that might just splash the oil all over.Â  Things were getting really hot and the smoke was getting heavy, so I gave up and called 911.

As I was talking to the operator, I remembered that we had just bought a fire extinguisher and put it under the sink.Â  When I went to use it, the 911 operator told me not to, because it would splash the oil and spread the fire.

I opened the door so I could get my hamster and bird out of the apartment, and as I did so, two young men were riding by on their bicycles and saw the flames.Â  They couldnâ€™t have been more than fourteen or fifteen years old and yet they still rushed in to help.

One of them took the fire extinguisher from me and immediately used it on the pan and the fire was out in moments.

The fire department arrived a few minutes later, but I know the damage could have been much worse if that young man and his friend hadnâ€™t helped me.Â  They left before I could get either of their names and Iâ€™ve always wondered if they knew how grateful I was for their take charge attitude and bravery in helping a pregnant woman they didnâ€™t know to put out a fire.

Iâ€™ve never forgotten them, and now every time I readÂ Ashes Ashes, I can remember their good deed again.

Because of this experience, Iâ€™ve never attempted to make scones again.Â  Instead, I make my husbandâ€™s favorite dessert that doesnâ€™t require heated oil or much cooking of any sort on my part.

Itâ€™s called torte and this dessert is full of chocolate, cream cheese, and sweet goodness.Â  If youâ€™ve never made a torte, especially in the summertime, you have been missing out!

Mix margarine and flour together, scrunching it with your hands until it is like cookie dough.Â  Pat into a 9×13 pan.Â  Sprinkle with nuts if desired and gently press in.Â  Bake at 325 degrees for twenty minutes.Â  Let thoroughly cool.

Mix powdered sugar together with cream cheese until well-blended.Â  Fold in cool whip.Â  Spread on cooled crust.Â  (Put in little dabs and then connect the dots.)

DO NOT mix butter pecan ahead of time or it will be too thick to spread.

Mix the two packages of butter pecan according to the package, only with 3 cups of milk and spread on top of the chocolate.

Spread layer of cool whip on the top.

*Can use any flavor of pudding, really, it all tastes good.

Ashes Ashes
Are you ever really innocent until proven guilty?
Sophia Naziri is wanted for questioning in the murder of a U.S. senator. Sheâ€™s worried the police will show up on her doorstep any moment, but when Detective Colby Black appears, itâ€™s to help her put out a kitchen fire, not take her in. Yet. His easy smile and persistence in getting to know her pushes all her troubles to the back of her mind, until a hit man tracks her down. Getting arrested becomes the least of her worries and the handsome detective could be her only way out—if she tells him the truth. 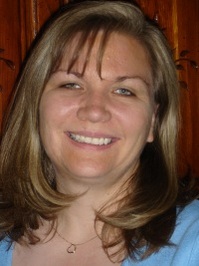 Julie is the author of seven international suspense novels: Through Love’s Trials, On the Edge,Time Will Tell, All’s Fair, Dangerous Connections,Ribbon of Darkness and All Fall Down.
She loves her work partly because she gets to travel to distant lands to research and add an authentic feel to all of her books. Her favorite cities so far are Athens, Paris, Ottawa, and London.
She taught journalism at BYU for fourteen years and that kept her on the cutting edge of current events and world news—which is where she gets her story ideas.
She also has one non-fiction title: Be Prepared: A Parent’s Guide to the Duty to God and Eagle Scout Awards—What You Should Know and is part of two compilations, How Will Christmas Find Us and Life Lessons From Mothers of Faith.
She is the mother of eight children and when she’s not busy being a mom or a writer, you will find her browsing through bookstores to add to her book collection, at the library borrowing books, or reading the treasures she’s found.
Website | Blog | Facebook | Twitter | Goodreads 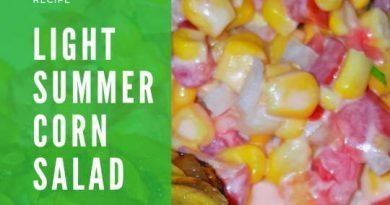