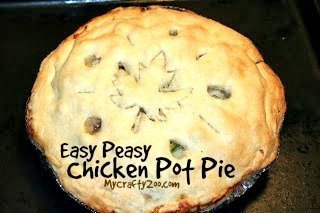 Chief Zoo Keeper has been wanting to have homemade chicken pot pie.  I don’t typically like making things that take forever, but the other day I woke up and decided to be a good wife.  Don’t worry, I probably won’t stick to it!  LOL.  I got up at 5:30 and started making these, (it wasn’t planned, just happened), made them, then covered and put them in the fridge to cook another night.
They could also be frozen.  Just remember to spray the inside of the foil with non stick spray.  I’ll show a tutorial on how I decorated the top at the end of the post. For the record, it turned out GREAT!  However, by the time I finished adding and such I probably could have made 3 pies instead of two!
So, keep that in mind!  If you us actual pie pans, then you will need a little extra of the ingredients to you can have 3.  I didn’t measure out some ingredients, as they weren’t called for so if it doesn’t have measurements, add as little or as much as you want.  The more you add, the more pies you’ll have.  They’ll freeze prior to cooking, so that you can have them for another time.  All you would have to do is thaw them out in the fridge and then bake as normal.
Now, on to the recipe!

1. Use broth or stock along with a little water to boil potatoes and carrots.  Cook over medium-high heat.       Reduce heat and simmer until tender.  Set aside.  DON’T DRAIN!!!

2.  Preheat the oven to 450 degrees.  Heat oil in skillet and saute onions.  When onions are almost done, add in mushrooms.  Cook until the onions are translucent.  Get a HUGE bowl and mix all ingredients together, including the broth from the potato mixture.  Add a little flour at a time until it begins to thicken up slightly.  Mix in as much or as little black pepper as you’d like.  That’s the only spice I used and it was pretty good!

3.  Line bottom of pie crust in pie pan.  Fill with mixture.  Add top crust.  Tuck in the edges to seal it up, just remember you are going to need to cut some air holes in the top, this will keep it from bubbling up and exploding!  You can use a cookie cutter, make slices with a knife, or follow the tutorial after this to make your own design!  It’s not near as hard as I always assumed it would be!

4.  Bake at 450 for 20 or so minutes.  Just wait for the top of the crust to turn golden brown.  Remember it’s probably going to leak so I would suggest a baking pan underneath to catch drippings!  After it’s done, give it a few minutes to rest.  Otherwise, you’ll be biting into lava!

Just a tip, these would be great to do a few at a time and take to pot luck dinners or even over to a friend who you know could use it!  That way, he/she could thaw them out and bake them!  Fresh meal, no work!  New Mom’s or even just people who need a break!

On to the decorating part!

1.  I used a paint sample, wiped clean of course, and cut out a leaf using my Cricut.  If you don’t have a cricut, you could easily trace an image onto one or use a plastic cutting board to make a stencil.  Just remember you want something that won’t stick to the pie.  You can spray the back of it if you are afraid it will stick! 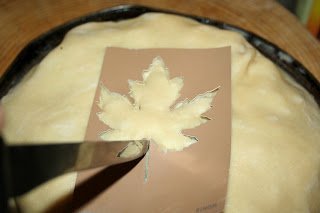 2.  Use a knife, doesn’t have to be sharp, to trace the image onto the pie dough.  If you mess up, don’t worry!  It can be fixed!  I lightly did the image, pulled off the stencil and made sure I like it, then deepened the cuts into the crust. 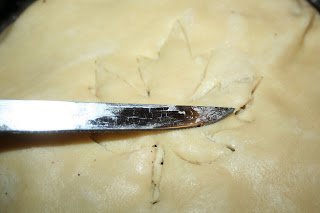 3.  If you do mess up, just use the knife to smooth over what you need to fix.  Until you do deep cuts, you don’t have to worry about messing up!  Besides, who cares if it’s perfect so long as it’s tasty! 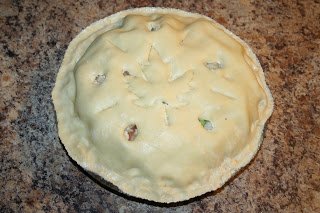 4.  Voila!  go around the edges if you like and add slits or whatever to the sides of your design.  Lots of air holes!  No bubble in the middle! 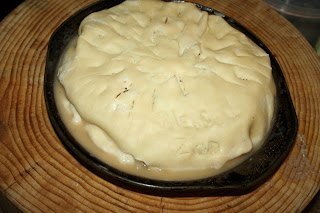 This is the other one I did.  I used my knife to write in Blessed Zoo without a stencil.  Again, not perfect but who cares really! 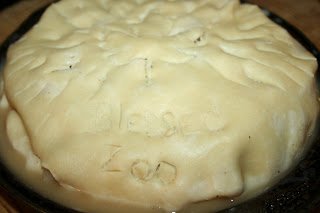 See the leakage on the sides!?!  This is why you want a drip pan!  As you can see, the words aren’t real dark, but if you wan’t yours darker just embed them deeper into the pie! 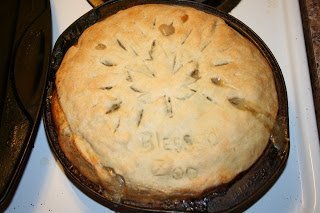 Enjoy!  I would love to hear your favorite additions to chicken pot pie!!!
You can find all my recipes on my Recipes Page.  All are tried and true, I don’t post them until I make sure they are actually good!  And trust me, if I can do it, so can you! 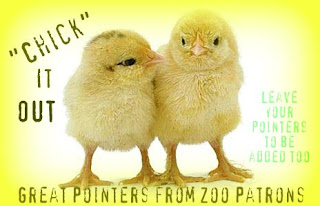 Jenny’s Tip:
I save time though by using leftover meat, vegetables or can/frozen vegetables & ready to use pie crust. there’s no cooking really, just heating & mixing if you plan to bake it right away. You don’t need to heat it if you’re going to freeze it.
It’s a great for using up leftovers. 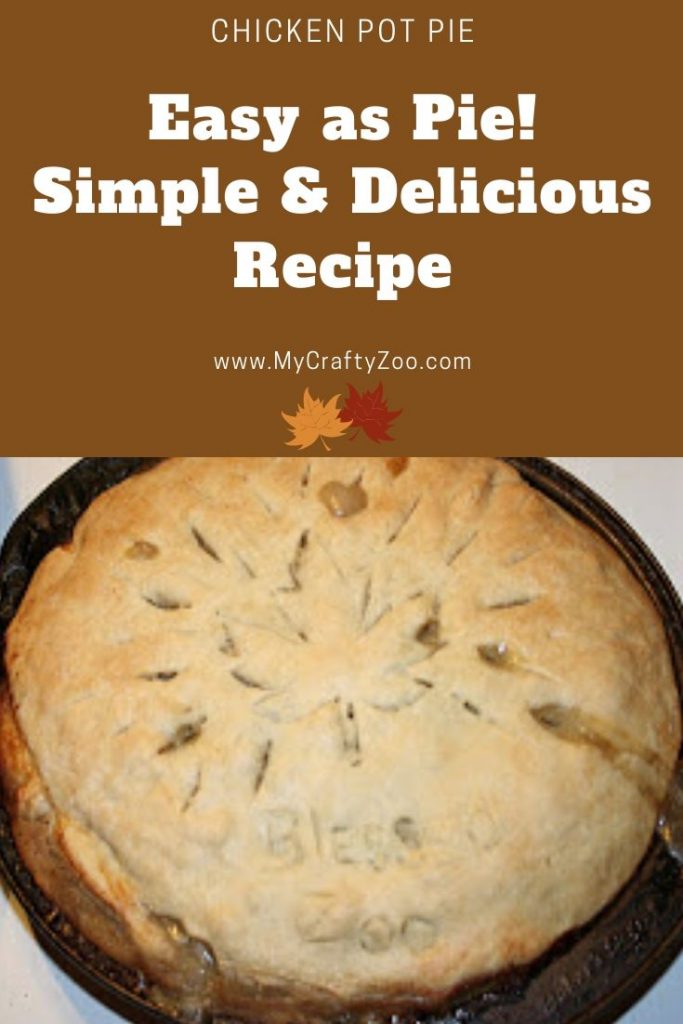 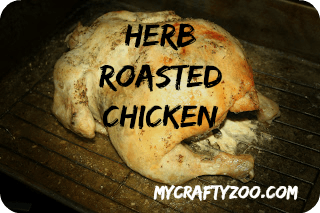 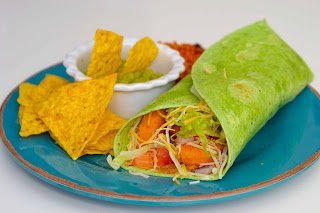