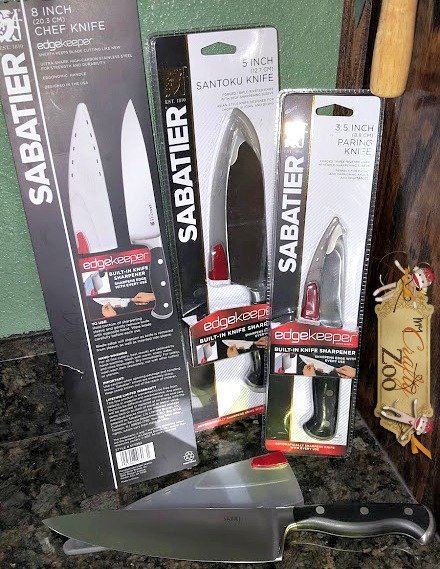 Kitchen Knives are essential to any well stocked kitchen.  A dull knife won’t cut things properly and are more likely to cause accidents!  I’ve encountered that on more than one occasion and it’s not fun!

We’ve recently had the pleasure of reviewing the Sabatier Forged Stainless Steele Knife with EdgeKeeper.  We’ve got a ton of knives, but really feel like we can never have too many.  haha.  This is why we have the magnetic knife strip on the wall, we have a second but haven’t gotten it up yet.  As you can see from the picture, it’s time!    If you don’t have one, I highly recommend them as they keep your knives from harm and can be kept high enough that the kids can’t reach! 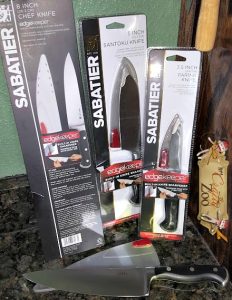 I was crazy about the idea of the knife case having a built in sharpener, as so many people tend to toss the knives in a drawer or run them through the dishwasher, causing them to become dull pretty quickly.  I’ve known quite a few people who are guilty of this one!  Personally, we have a Rada knife sharpener that has been absolutely spot on for sharpening knives for years!

Chief and I both tried the knives out and had different opinions.  We also have very different cooking styles.  He leans more toward a pseudo professional chef and I’m an Okie cook.    My dear, sweet husband isn’t a fan of not using his own sharpener, but he did succumb to my convincing after a bit!  Since he was actively cooking he didn’t figure out how to place the knives in without causing damage, but we did learn that if you apply pressure at the wrong times it will cause slight gauges to the knife.  I fixed them by learning how to do it correctly….

While Chief ZooKeeper may not have enjoyed the knives I had a better result.  When I used it, the knife sharpener worked just fine.  I found that when you put the knife in or pull it out of it’s sheaf, don’t press it onto the sharpener but instead do it at an even level.  Don’t worry, while you are learning the curve it has a limited lifetime warranty!

Overall, I think these are pretty good knives!  And for those who haven’t yet found their favorites,  this may be the knives that they end up loving the most!  I have come to believe that a kitchen knife is quite similar to a pocket knife, everyone has to find their own favorite! 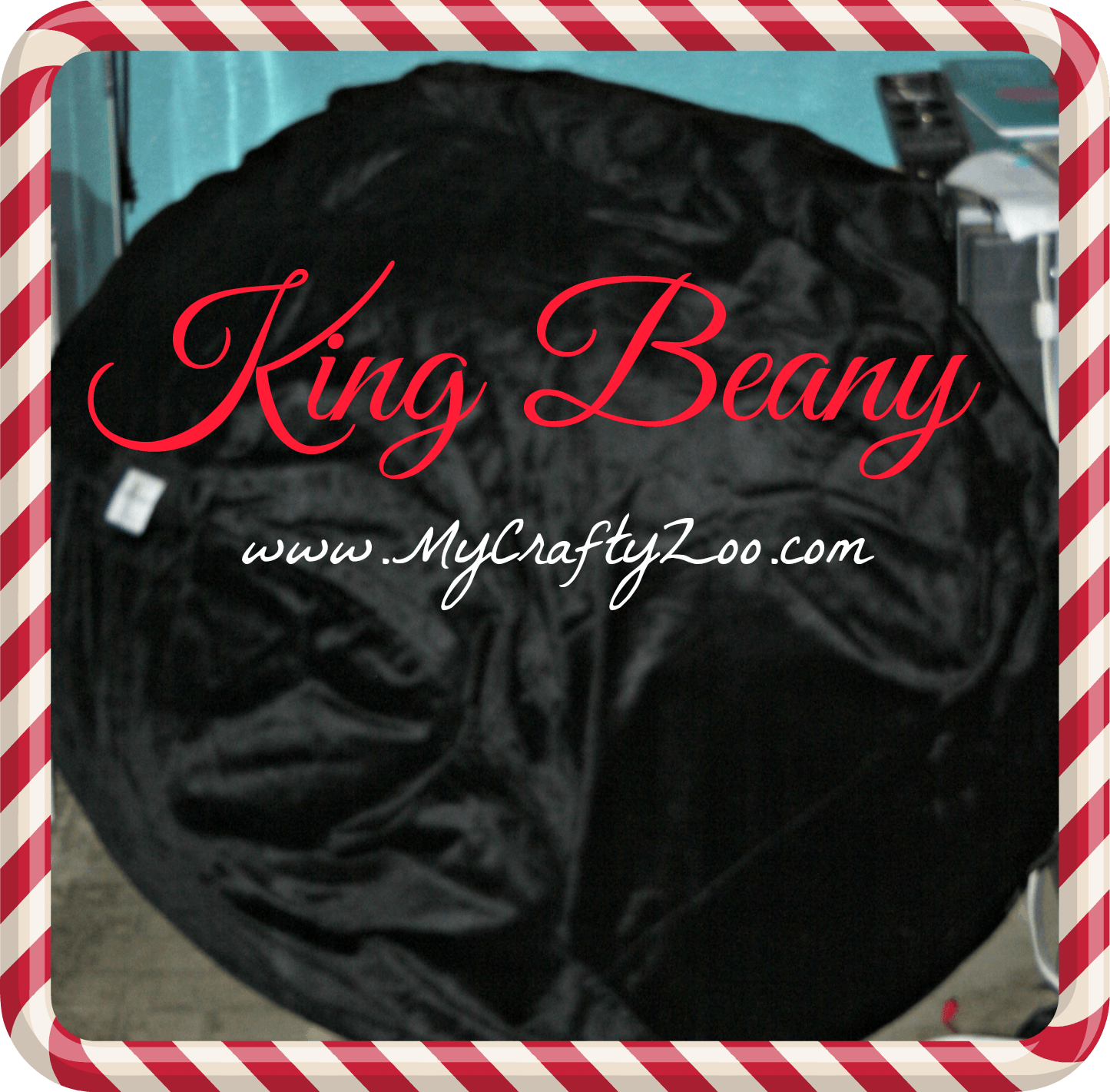 King Beany: Great For Anyone!!! 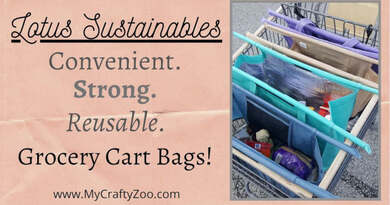