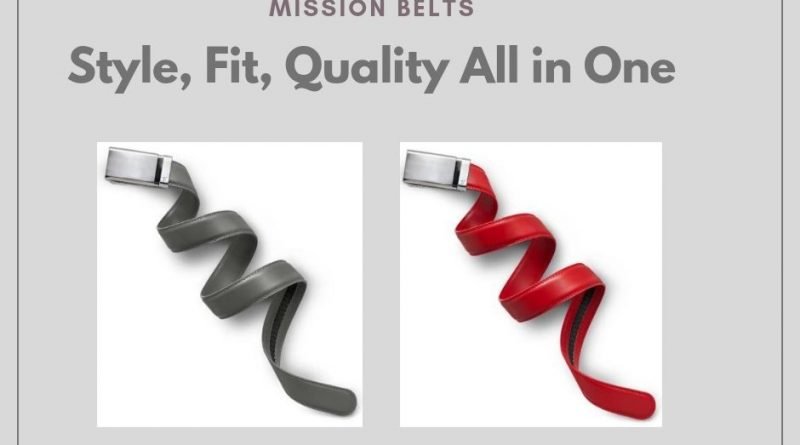 Mission Belts: fashionable, long lasting, perfect fit. Everything you want in a belt and then some. 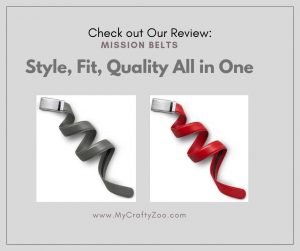 Style, Fit, Quality All in One

Let’s just get this out there, this is a review blah blah blah, product in exchange for opinion blah blah blah. Okay, now that that’s done, I’ve proven in the past that if my honest opinion isn’t full of praise, I’ll not be silenced. Something weird about me, I don’t sacrifice my morals and ethics for anyone or anything. All of that was so that I could say, hopefully with some bit of trustworthiness, that I love these belts. Almost completely.

Mission belts aren’t like our normal, run of the mill belts. These belts are made with quality materials and someone, I’m not sure who, really thought the design out. They are also a different kind of company, they are a company who believes in their purpose so much they put it in the name: Mission Belts.

They make belts for men, women and children. Belts that will outlast the expensive ones at department stores. You can see our review of the Kid Storm Mission Belt if for more on their belts for children. 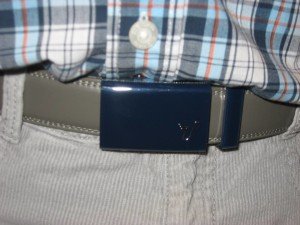 Their company uses one dollar from every belt they sell to help the fight against hunger. I was a bit impressed by their story about shipping a bus from Florida to Panama, not just because of the dedication to help, but also because who on earth thinks ‘I’ll ship a giant bus across the ocean?

The company helps provide micro-loans to help impoverished people get started on the road to self sufficiency. They partner with Kiva and Mission Bird and they’ve helped in countries around the world.

Now, Let’s Buckle Down, So to Speak…

I’ve already stated that I love the belt, and for the record that was before I read the mission stuff.

Here’s what I love:

Tail Doesn’t Stick Out: We’ve all been there, had the belt whose tail either hung down or stuck out because it would absolutely not stay tucked into the belt loop. Even when we wear a long t-shirt, it can be seen. I cannot stand that! Mission Belts don’t have that problem because they literally hug to themselves, even if the tail ends up halfway between belt loops.

Better Fit: Mission Belts aren’t made with holes to secure them at 1/2 inch intervals. Instead, they have a ratchet and track system at 1/4 inch intervals so your belt can better fit your size. If you lose weight and need a smaller belt, you can even trim the leather to make the belt smaller!

The Lever: Since it has the ratchet system, to loosen your belt all you have to do is push the release lever and you can let your gut out or whatever. It’s also faster to tighten because you don’t have to pull it completely off to adjust.

Interchangeable: The belt buckles are interchangeable, so you can get different color belts and use the same buckles. I love that it makes them more versatile and that we use less resources. The belts are made of leather, not plastic, so they’ll last longer and always look great. Plus, no extra plastic to fill up the landfill.

Here’s What I Don’t Love:

The Learning Curve: It took my brain a minute to fully grasp how to work the little lever. I’m not an instruction person so I put it on and panicked. Don’t judge. Or do. I don’t care. There was a little panic when I couldn’t get the lever switch. I’m a dork. Once I got passed that, I’m good. I can undo it in a quick second.

Adjustment:  As previously stated, when you lose weight you can cut the end of the belt to properly fit. There are instructions on the website for that very purpose. Problem with that is I’m terrified if I cut it, I’ll gain weight and be up the creek. On the same token, if I don’t cut it the belt won’t work.

Truly, I’m not sure if that’s really a problem or not. I’ve been told I overthink things. A lot. I’ll let you be the judge of that one. Worst case scenario, new belts aren’t that expensive and we can always get a new one.

Overall, I love my mission belt. Husband does too. He loves his, I mean. They are definitely more comfortable than the other belts I’ve had in the past. I always hate those oversized buckles that cut into you, these don’t have that issue. I also love the way I can loosen it to use the restroom, rather than having to unbuckle and do all that mess. It’s quicker and I’m all about efficiency! Plus, eat too much and no one notices the loosening of the belt. Win. Win. 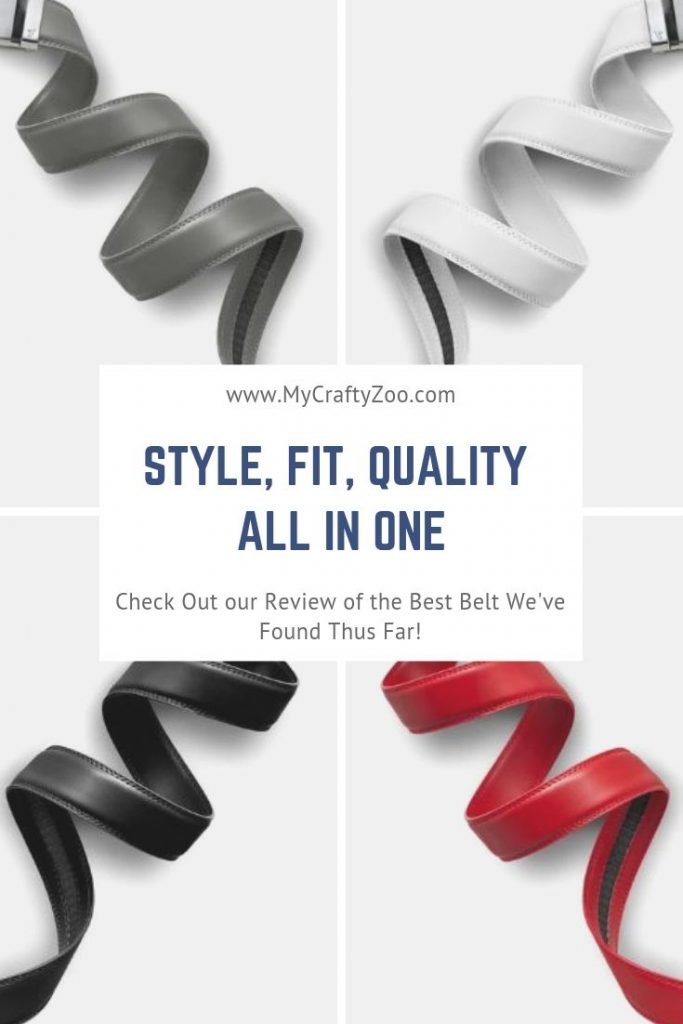 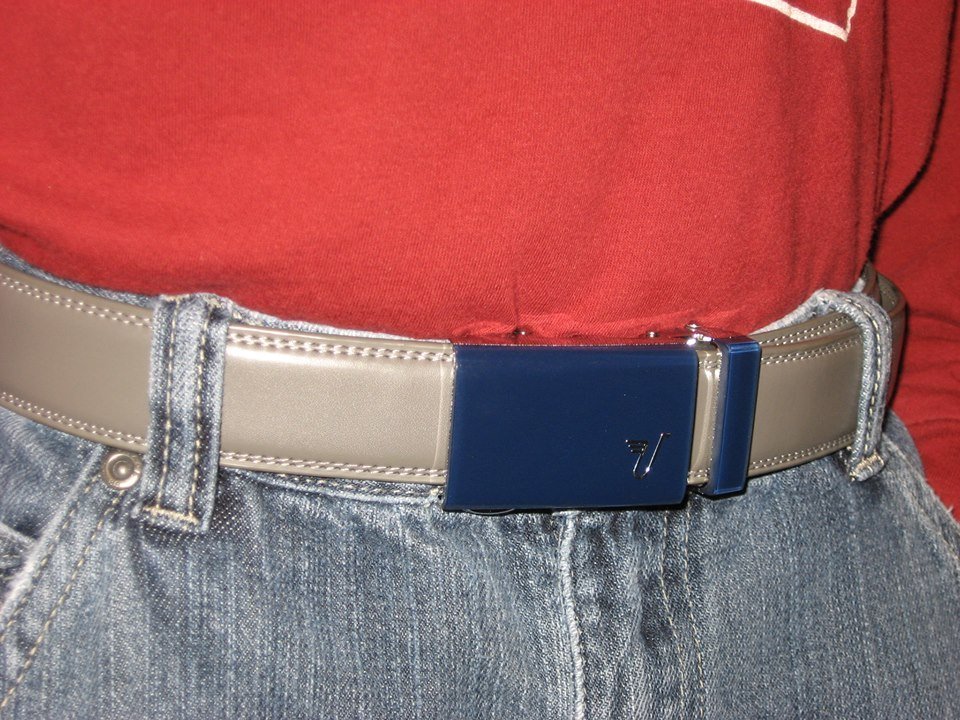 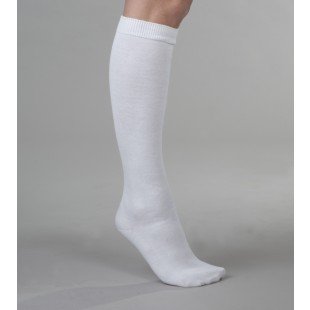 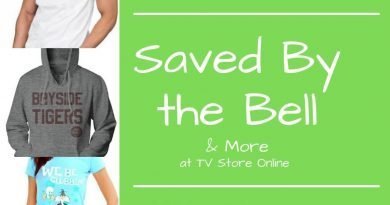