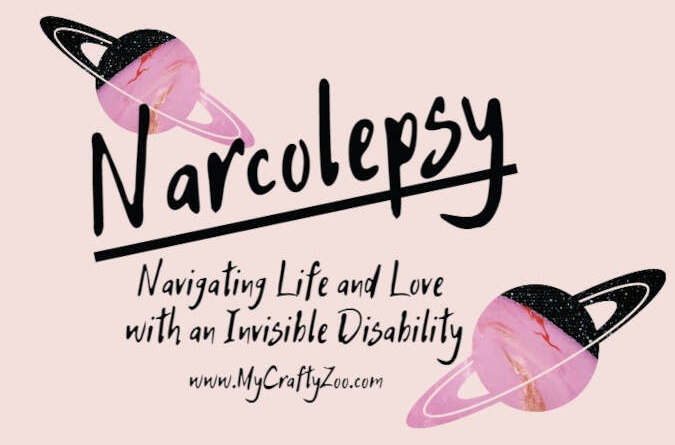 Narcolepsy is a challenge, no matter how one looks at it. Awareness helps, so today we’re writing about how to navigate life, love and the daily grind.

I have written about all sorts of topics related to pretty much All Things Life, but realizing Narcolepsy and cataplexy hadn’t been discussed inspired me to share. There is way too much misunderstanding.

Two things you should know about life with narcolepsy: 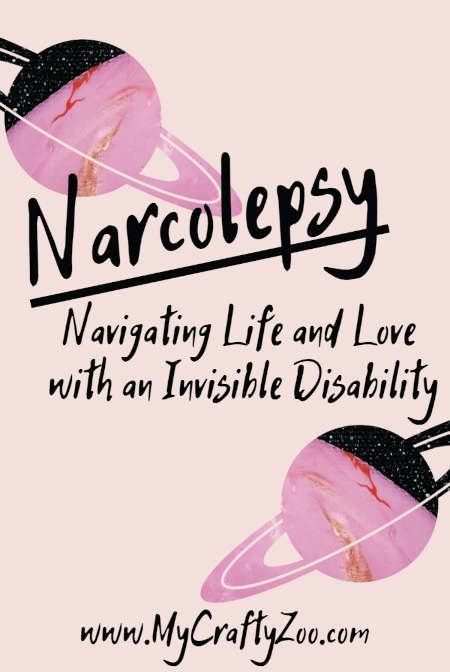 A Little Back Story

For years, I couldn’t stay awake in my college classes. Professors would talk to me about not going to bars and partying so that I could focus and stay awake. No matter how much I told them that no social life was in existence for me, they didn’t believe me. Who would blame them? I would literally fall asleep while taking notes! As a humorous side note, I got so good that I would continue holding my pen as if I were writing while I was asleep! Needless to say, it took me quite a while to graduate, not because I was failing but because I was convinced I was just too tired.

Eventually, I married my husband and falling asleep was just something I did. We didn’t know why, it just happened. We could be talking or doing anything and I’d just drift off for a bit. He was super understanding and for that I am thankful! One day, as I was walking into the living room I randomly collapsed. I wasn’t having a seizure, I didn’t pass out, just sort of crumbled toward the floor. My husband jumped over the couch and caught me. It was an awesome save, but a terrifying experience.

We began going to doctors, who thought I had Multiple Sclerosis. Also a terrifying aspect. Eventually, as I was sitting in my Neurological Psychology class, they played a video with a goat that had Narcolepsy with Cataplexy and there is was! That’s exactly what happened to me! So off to the doctor I went, armed with new knowledge and research. The testing and referrals began.

I was diagnosed with Narcolepsy a month after I graduated from college.

Narcolepsy is an invisible disability. Nobody can tell I have it until the symptoms occur, and even then they are generally mistaken as to what is going on with me. I had a very hard time with accepting my issue. Partially because I have control issues but mostly because I thought my life was over. My dreams were through. So I sank into an ugly depression for years. I hid from social situations with new people, I was and still kind of am terrified to step out of my shell.

I don’t like needing help, not for regular day to day things.

Eventually, I got to a point where I could accept it. It’s just part of who I am. Often I refer to my Narcolepsy and cataplexy as if they are an entity within me. It helped me to redirect the anger and hurt I had directed at myself to the issue itself. This has greatly helped my self esteem. Now, when I have to nap or when I collapse, I point the frustration at narcolepsy and cataplexy instead of feeling bad about myself. Counseling helped with that as well.

If you live with a disability, accepting it is the most important step to learning to love life again.

Dating and Socializing with Disabilities

One thing that is great these days is that there is information everywhere about disabilities. They aren’t life ending and it doesn’t mean someone is ‘less than,’ and while it never has, I love that the stigma is being lessened somewhat. There are an entire sites dedicated to deaf dating, disability dating, and even a youtube channel dedicated to the topic! I love that the stigmas are being broken!

Unfortunately, they have yet to be completely shattered so here’s the important stuff to know, whether you have narcolepsy, another disability or just know someone who does. This is for you.

I’d love to hear your thoughts!

If you’d like to hear more about this topic, let me know in the comments!

2 thoughts on “Narcolepsy: How to Navigate Life and Love”