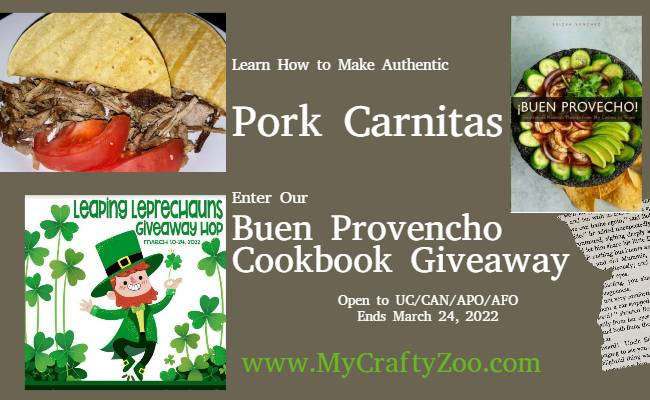 Pork Carnitas are an absolute favorite in our house, though we don’t have them very often. Being a household of two, this recipe makes plenty for us to eat on for a few days or to freeze some for another day. The flavor makes it worth every penny and every minute it takes! Definitely high on my recommendation list!

If you’d like to make your Pork Carnitas a part of a Cinco de Mayo celebration or even just a full Mexican or Spanish meal, try making some Tamarindo with it! Tamarindo is considered a Mexican drink, though it’s also famous in Costa Rica and the fruit originated in Africa!

This is another recipe that I totally recommend a dutch oven for, as they cut down on dishes and can easily go from the stove top into the oven. If you don’t have one, you could take the handles off of a pot that has a lid (so they don’t melt) and put it in the oven that way. Although you will need to pay attention so that you can modify the cooking time. I’ve never tried it that way, so I can’t really tell you how long to cook it in a metal pot.

How to Make Pork Carnitas 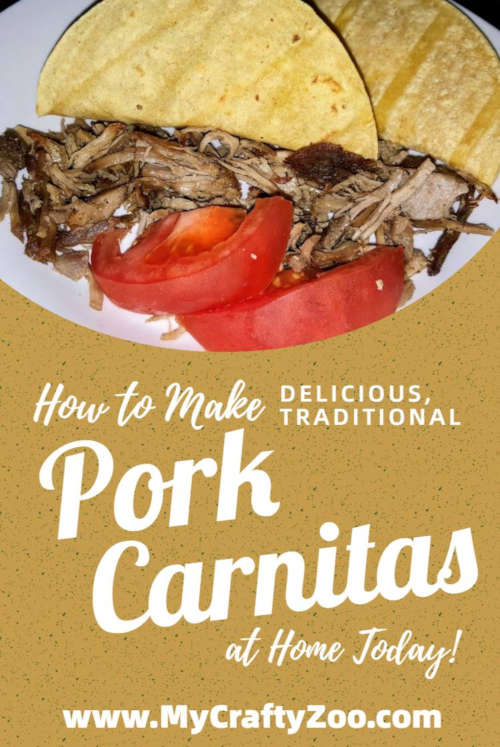 What to Serve With Them

We mentioned the Tamarindo in our intro, so we’ve got our drinks prepared, remember you can make the Tamarindo up to two days ahead of time. So, we’ll just discuss sides here.

Serve the Pork Carnitas on yellow corn tortillas, we like to warm ours in a hot cast iron skillet. We also usually have Spanish Rice and sometimes a salad. Guacamole is also a wonderful addition to serve on them! Plus, it’s healthy and who doesn’t love a little bonus of healthiness in a delicious meal!

For dessert, you could do a Pineapple Pie (easily made ahead of time) or, for something quick, some fried apples with ice cream!

If you’d like to branch out and go full on traditional, I highly recommend the cookbook Aguas Frescas & Paletas. It is filled with other traditional Mexican drinks and frozen delicious treats!

What will you serve with it? I’d love to hear your thoughts and any changes you made! 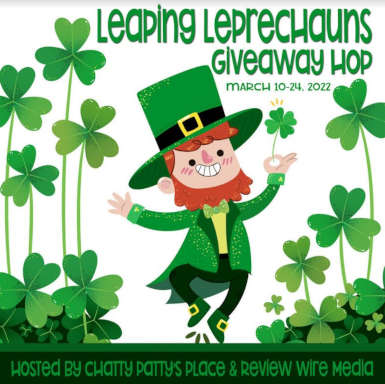 One lucky Winner Will Get Their Very Own Copy of: 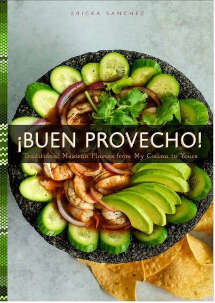 Buen Provencho is a cookbook full of traditional Mexican flavors with healthy ingredients that everyone can find. Flipping through the cookbook will have your mouth watering with fantastic photographs all throughout!

This book is written by the same author who wrote Aguas Frescas and Paletas and includes over 100 Mexican recipes. Authentic flavors with less calories! Breakfasts, salsas, holidays, dinner and more!

Giveaway is open to US, Canada and US APO/AFO addresses!

You are invited to the Inlinkz link party! 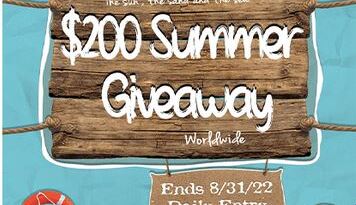 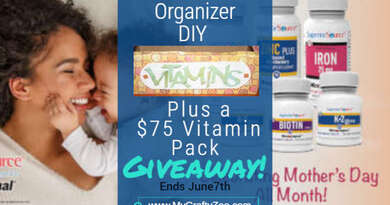 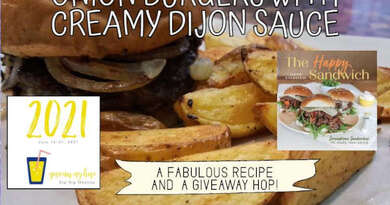